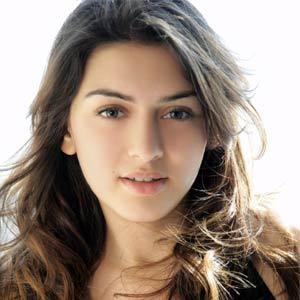 Hansika a famous Tamil actress who is showing her talent in the current Indian South film industry. She has started her career in a very young age as actress and proving her talent. She had done numerous movies in Tamil and Telugu film industries. Let us the biography of actress Hansika Motwani.

Hansika was born in 19th August in the year 1991in Mangalore, Karnataka. Her parents were Prateep Motwani a businessman and Mother Mona Motwani a dermatologist. She also has a brother named Prashanth. Her parents got separated in the year 2004. Hansika lives along with her mother and brother. She studied in an International school in Bombay.

Early Career As A Child Artist:
Hansika has been introduced in a popular small screen program called shaka Laka Boom Boom in star tv. Which is very famous among kids and has been telecasted in various Indian languages after the serial's success. The story of the serial is about a boy and his magical pencil. She also acted as a child artist and won star parivar award for the Hindi serial Des Mein Niklla Hoga Chand as 'Favorite child'. She has also acted in various serials in Hindi as a child artist for the serials kyun ki saas bhi, karisma ki karisma, son pari She also acted as child artist in Koi Mil Gaya a hindi movie with Preity Zinda and Hrithick Roshan. Also did many movies as a child artist in Escape to Taliban, Jagoo, Abra kadabra, kaun hum mai?, hawa. She has been bubbly good looking and has been very famous and favorite during her performance as child artist. 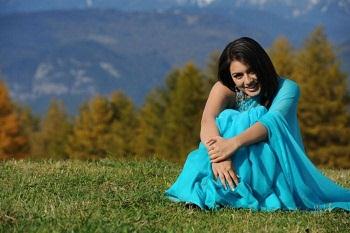 Hansika Motwani As an Actress:
Hansika moved to act in big screens as a actress at a very young age of fifteen from the year 2007, her first movie was a Telugu movie Desamuduru with Allu Arjun. She also acted in hindi movies App ka Surror and Money hai to honey hai but it didn't make a good hit. Hansika cannot become successful in the Bollywood, so she moved to make her future brighten up in Indian South film industry. The she acted in a kannada movie called Bindass which was her first and last movie in Kannada film industry. She acted in many telugu movies like Billa, kantri, maska, kandireega, oh my friend etc.

She made her first debut in the Tamil film industry in the year 2009 in the movie Mappilai produced by Sun pictures, she acted in this movie with Dhanush.The movie made a moderate hit but she was well applaused for her performance as a actress for the first time. Then she acted in Engeyum Kadhal with actor Jayamravi directed by Prabhudeva and Velayudham with actor vijay as a village girl, which was also a hit movie. She acted in Oru kal oru kannadi with Udayanidhistalin which was also a hit movie in this current year and made her progress in Tamil film industrty. She became famous in Tamil film industry in a successfull way by giving continous hit movies and got a recogonised name. Currently now she has been acting in the following tamil movies Settai, Valu, vettai manan, singam2 with most popular actor's of Tamil film industry.