There are many Freedom fighters from Tamilnadu who shed their Lives for the welfare of our country. They left out everything like family, Happiness, etc., for the sake of our country. Though we cannot do anything for them as of now as they are dead. We have the responsibility of at least keeping them in our hearts. We should try to tell these stories to our coming generation so that they would know how hard it was for our ancestors to take the country from the hands of the British. I have given some information on some of the greatest leaders who fought for our country and thereby lost their lives for the sole sake of our country. 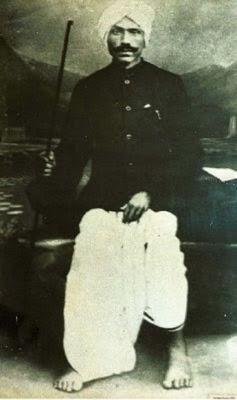 Subramaniya bharathiyar is one of the freedom fighters who were also a poet who held many poems that evoked the national interest on the people. He was one of the most influential people who fought against the British rule. He was born in the year 1882. He lost both his mother and father in his early years and was married to a six years old girl. His song "Vodi vilayadu papa" that means run and play child in English is one of the famous songs that attracted many people especially the children's towards him . His songs are even sung today in schools and colleges.

He is one of the best poets who also fought for the rights of the women and he was influenced by the daughter of Swami Vivekananda whose name was Niveditha. Soon Bharathi started to protest for the women and asked for equal rights. He did that before Gandhi wrote the book on Equality of the women. Bharathiyar was one of the pillars in the struggle for Independence day from Tamilnadu. Though he survived against the British it was the elephant that was the reason behind his death. It is said that he was attacked by an elephant and even though he survived for quite some days after the attack he died soon in the year 1921. Though he is dead his name is spread throughout the nation including his photo that is attached in the parliament of our nation. 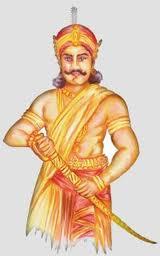 Kattaboman was famously called as Veera Pandiya Kattaboman. He was called so because he was a very brave man from the Pandiya dynasty. Even after repeated request from the british to pay tax for his country he did not pay and in return wanted to fight against the British Emperor. He was the first king from Tamil Nadu who dared to fight against the mighty British. He was living in a place named Panchalankurichi. He was born in the year 1761, he opposed the British in the year 1790 itself but though it is said that the Ettappan was the reason behind catching the great warrior Kattaboman, there is no substantiate evidence to prove that and hence it seems to be a false statement laid by someone else in those period. Though he fought the British to the utmost he was then captured by the British and was hanged to Death in the year 1799. There are various monuments that represent the great king kattaboman including the one at Madurai.

I think he was the first king who understood the motive of the Britishers and acted wisely. There is also a movie which was released in Tamil acted by the famous Sivaji Ganeshan who portrayed Kattaboman in the lead role. This movie was the great hit and covered the hearts of many as it was released just after the Independence of our nation. 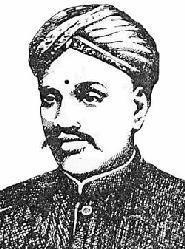 He is one of the famous freedom fighters who did lot of things to keep up the pride of the nation he just wanted to overcome the rule of British. He was also called as Kapalotiya Thamizan. He is called so as he was one who fought with the Britishers not physically but in terms of business. Yes, as the name indicates is the famous freedom fighter that was driving a boat.
He was one of the members of the Indian National congress who was born in the year 1872 in a village near Thoothukudi (a place that is near the Bay of Bengal). He started a boat company and was going on making trips from Thoothukudi to Colombo in Sri Lanka and he was like a competitor to the English (British India Steam navigation Company) who also had their ships travelling the same way.

He somehow arranged funds from the public by gathering the shareholders wide across the country and tried to buy two ships and he also succeeded in it. He gave the journey for some low cost than that of the British and this was a pride matter to British and hence the British offered the travel for free of cost and not only that they also gave umbrella to the passengers who came by their ships.

Soon he was found making awareness for our independence and the British warned him to stop that and when he refused the British arrested him and gave two full life imprisonments to him. But he was released within six years though he had to be there in the prison for 40 years. He then left the prison and when he went to his place he got the news that his boats were taken away by the British. He was helpless and as he was prohibited from entering Thoothudi he left to somewhere in Chennai with his family members. He also left out of the National Congress association because of some misunderstanding and later wanted to join the congress after some years and served in Salem and in some point of time he also left that and returned to Thoothukudi where he lead his remaining life. 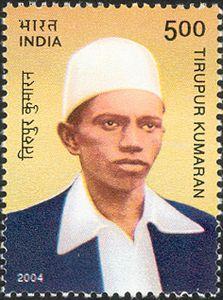 Thirupur Kumaran was one of the brave young men who was born in the year 1904 in a place called Chennimalai and wanted to join the freedom struggle under the head of Mahatma Gandhi and serve the nation. He was the one who formed the Desa bandhu Youth Association to fight against the British in our nation. He was shot dead by the British people who went on a protest against the British. The british had banned the Indian flag of Congress in the government and this was the reason why the young boy was shot dead at the age of 28. It said that he was holding the flag in his hands while he was shot dead.

Even after his demise he did not leave the flag. As he was holding the Flag in his hand not allowing the flag to drop down he is also known as the Kodi Kaatha Kumaran that means one who saved the flag. Thirupur Kumaran was one of the brave young men who was born in the year 1904 in a place called Chennimalai and wanted to join the freedom struggle under the head of Mahatma Gandhi and serve the nation. He was the one who formed the Desa bandhu Youth Association to fight against the British in our nation. He was shot dead by the British people who went on a protest against the British.

The British had banned the Indian flag of Congress in the government and this was the reason why the young boy was shot dead at the age of 28. It said that he was holding the flag in his hands while he was shot dead. Even after his demise he did not leave the flag.

Ramasamy was a great indian freedom fighter and a social reformer from Tamilnadu. He contribute a lot to vanish anti-social activities from society. He founded Dravida Kazhagam. In this article, you are going to get information about E.V.Ramasamy, his life and contribution toward the society. For more information about the profile and biography of Periyar, kindly read the article as below:

Veerapandiya kattabomman-A brave king and a soldier of Tamilnadu

The profile and biography of Bharat Ratna C.Subramaniam- Freedom fighter from Tamilnadu

This article gives you the profile and biography of "Bharat Ratna" C.Subramaniam who he was a freedom fighter of India. This article also exhibits his various services to the country and his political involvement.