Udhayam NH4 is Tamil romantic thriller film directed by Manimaran who started his career as a associate of Vetrimaaran. The film is released today both in Tamil and Telugu. The lead roles are played by the Chocolate Here Siddharth and newcomer Ashrita Shetty. The script, screenplay and dialogues are penned by Vetrimaaran. The film is shot in the beautiful city Bengaluru.

Siddharth and his friends kidnap Ashrita shetty. She is the daughter of politician. The politician role is played by Avinash. Encounter specialist Kay Kay Menon is given the job to find the daughter of Avinash. Menon is also asked to kill the boy who had kidnapped after finding her daughter. Menon starts his mission in search of Avinash daughter and finds that it is not a case of kidnap. Siddharth and Ashrita are lovers and they had planned and runaway as Avinash was not in favour of their love. From there the chase starts and it is a cat and mouse game that decides who will win the race. The chase has been beautifully taken in the Bangalore-Chennai highway NH4. 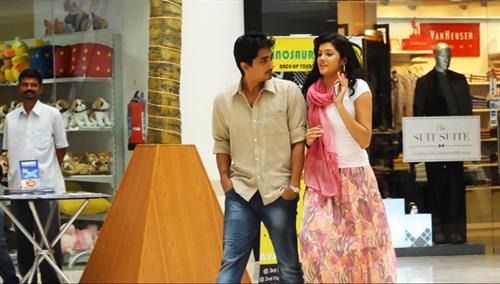 • Siddharth rocks in Udhayam NH4 his action sequences are remarkable.
• Kay Kay Menon have also acted well in all the action scenes.
• The new heroine Ashirta Shetty appears charming and her acting is also praisable.

Thrill rider Udhayam NH4 has got few speed breakers the biggest drawback is the poor dubbing works. Looks as if the film is shot in Telugu, Siddharth's lip movements are bad. Other than this, the film is worth watching . 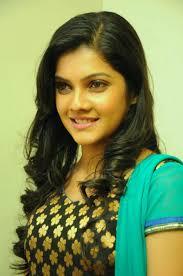 The best scene is the the car chase sequences and stunt scenes which are quite thrilling.

• Excellent cinematography by Velraj.
• GV Prakash's music and background score are superb.
• Location of the film.

Udhayam NH4 is a complete romantic and thriller film which is going to be a hit this summer.

Kaala Bairavan II ( Ghost rider) is released in Tamil nadu on 24.02.2012. The movie is good and gives the thrilling experience. I have written the full movie story of Kaala bairavan in this article. I have also added the picture of Kaala Bairavan II along with the review. You can also download the movie as the download link is given in this article.

Hi Mangala
I saw the movie on the second day of the release.A very thriller movie and the movie is too fast. A must watch movie for all lovers. Some of the scenes are really very good. Siddhart wishing Arshita on her birthday while they are being chased by the police is really awesome.The characterisation of the artistes is also good. Ashrita is nice to watch. The shots taken in chitoor, bangarpet routes are very nice to watch. Malls in Bangalore have been shown in this movie.

The song "Yaro ivan" sung by "Saindhavi" and "G.V Prakash" themselves is soothing to the ears. Will become the ringtone of many.