Kol tribe is reckoning among the oldest tribes of India. Kol is considering even older then Kolarian or Munda group. Kol and Kirats are also mentioned in Rigved as well as in Puranas, in Rigved it is addressed as "Kolhati". This tribe is also known as Kolryan and Bhundari tribe.

Kol tribe constitutes their population in many states of India and they are: 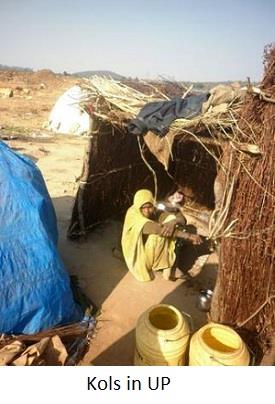 (This image is taken from thehindu.com)

Kol tribe is found in various districts of Madhya Pradesh and they are:

Like other tribes of Madhya Pradesh Kol tribe has also various sub cast of its own and they are:

Kol tribe makes their own panchayat and addresses it as "Gohiya". The head of this Panchayat is honored with the title of "Choudhary".
The people of Kol tribe after death burn their dead tribesmen and also have a burning method.
Previously the Kol tribe uses Munda Idiom to converse but now they use Bagheli dialect.

The age of womanhood in Kol tribe is 15-16 years and that of manhood is 17-18 years. Kol tribe has many system of marriage and they are mentioned below:


Among various system of marriage Mangni marriage is more preferable in Kol tribe. 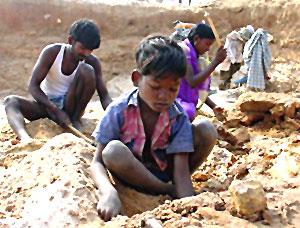 (This image is taken from indianetzone.com)

The people of Kol tribe prefer to live in groups near the villages. Their group is referred as "Kolhan tol" and their whole village is termed as "Kolhan". 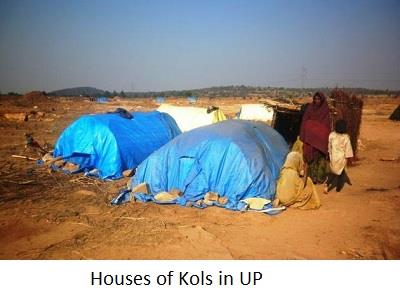 (This image is taken from thehindu.com)

The males of Kol tribe generally wear Dhoti, Kurta and safa on their head.
The females of this tribe use to wear traditional Dhoti and Bandi. The females are very fond of ornaments.

Kol tribe follows the Hindu culture and observes various Hindu festivals. Although they had deep influence of Hindu culture but they also worship many tribal Gods and Goddesses, by name the main gods of Kol tribe are mentioned below:

They have strong trust in ghosts and witchcraft.

As discussed earlier this tribe follows the Hindu culture and observes various Hindu festivals. The festivals are: