He spent his childhood days at Blue Bells Model School in Gurgaon, Haryana. Later, he graduated from National Institution of Construction Management and Research, Goa,.At present, he is an employee in Emaar MGF LAND LTD. There will be total ten contestants in MTV Splitsvilla 6. There will also be wildcard entry of new contestants in between the show. The show is about to start after the end of MTV Roadies X season. 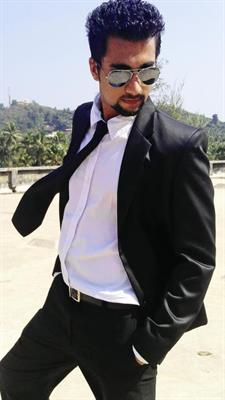 
Aman is selected as one of the contestants of MTV Splitsvilla season 6. He will soon appear in MTV channel in this show. Let's wait now for the thrill and see with which girl he pair up in the show. The show will soon be telecasted on MTV channel.